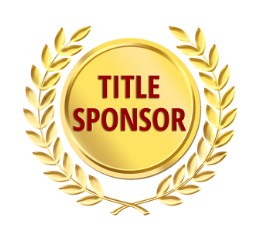 Ahoy! See you onboard the Conference!

Learning Has Never Been This Fun!

Our goal is to provide for District 48 Toastmasters the most educational, entertaining, and exciting Conference we can possibly have.

Yo Ho Ho and a Barrel of Fun Activities!

Pirate Warfare on the beach: Tug-of-war, cornhole, volleyball and swordplay if you dare. Losers will soon be ceremonial shark bait. *Lily-livers need not apply.

Hybrid Conference – One ticket price – enjoy the activities on Clearwater Beach or attend virtually on ZOOM with meal voucher included. 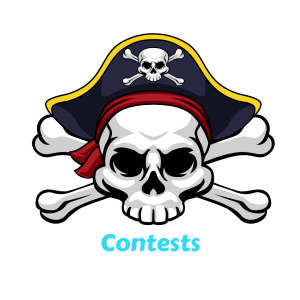 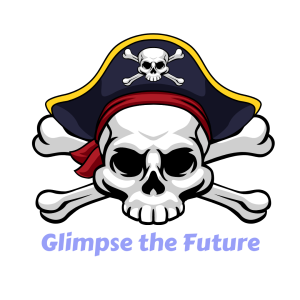 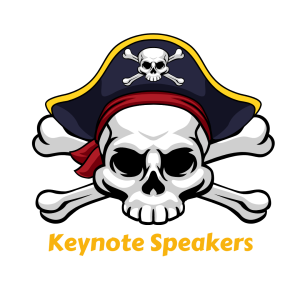 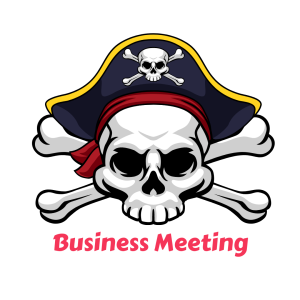 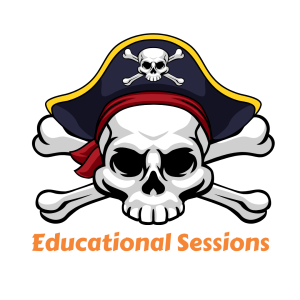 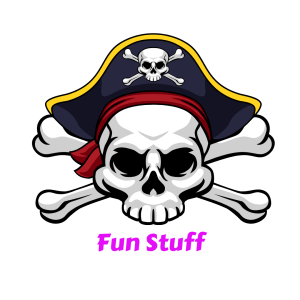 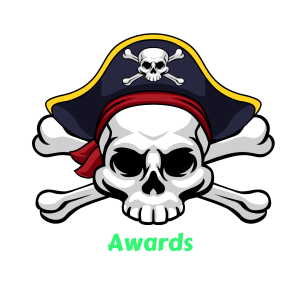 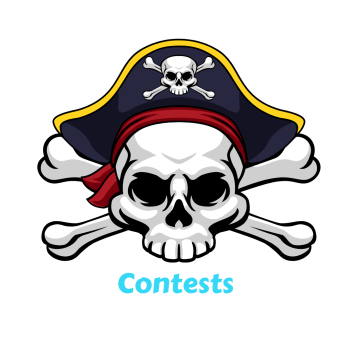 Listen to or compete in Humorous, Evaluation and International Speech Contests 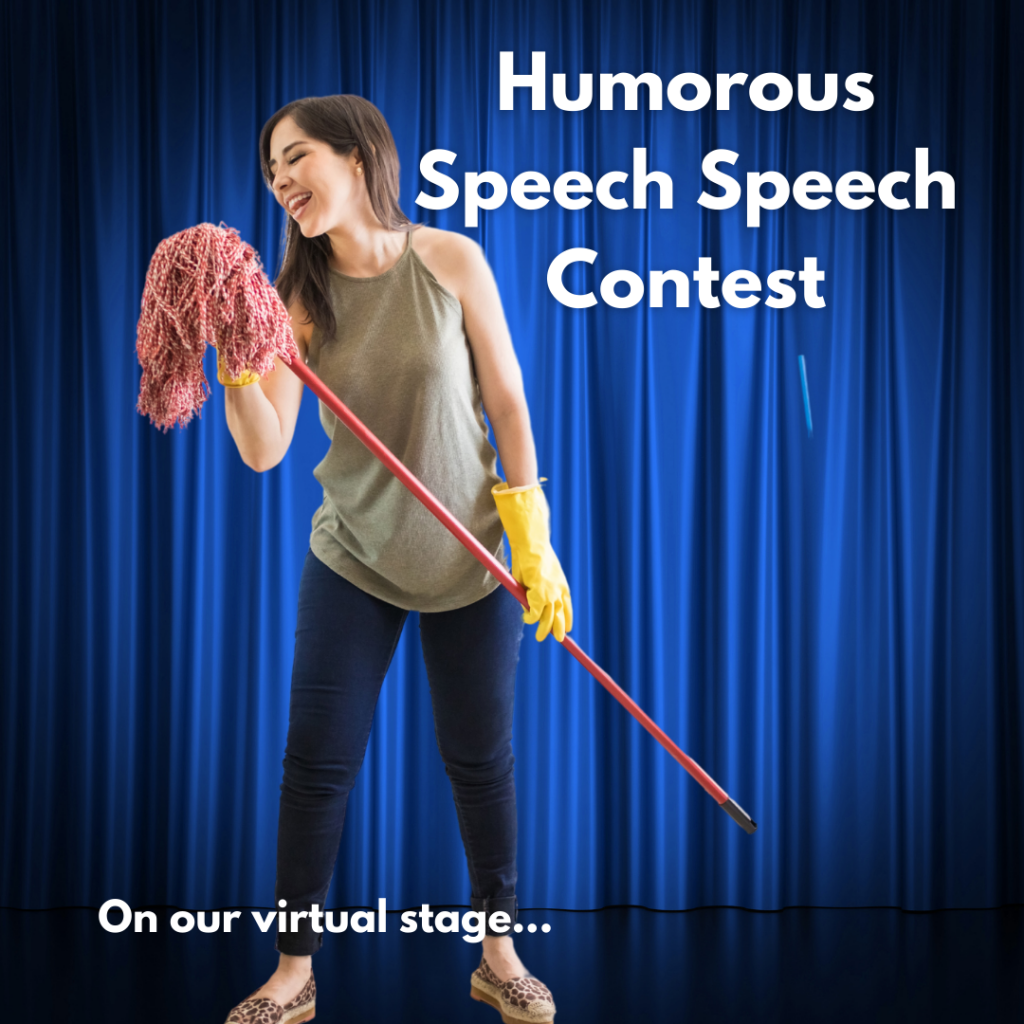 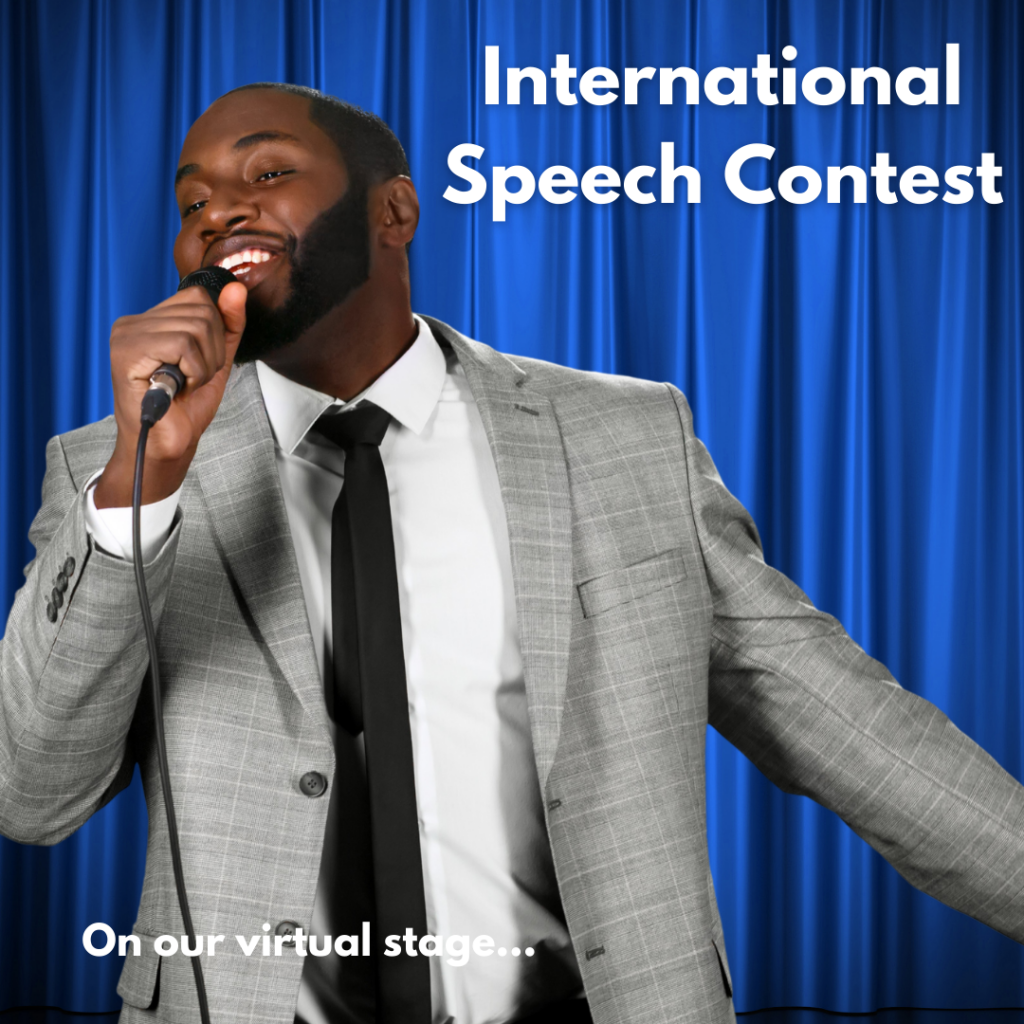 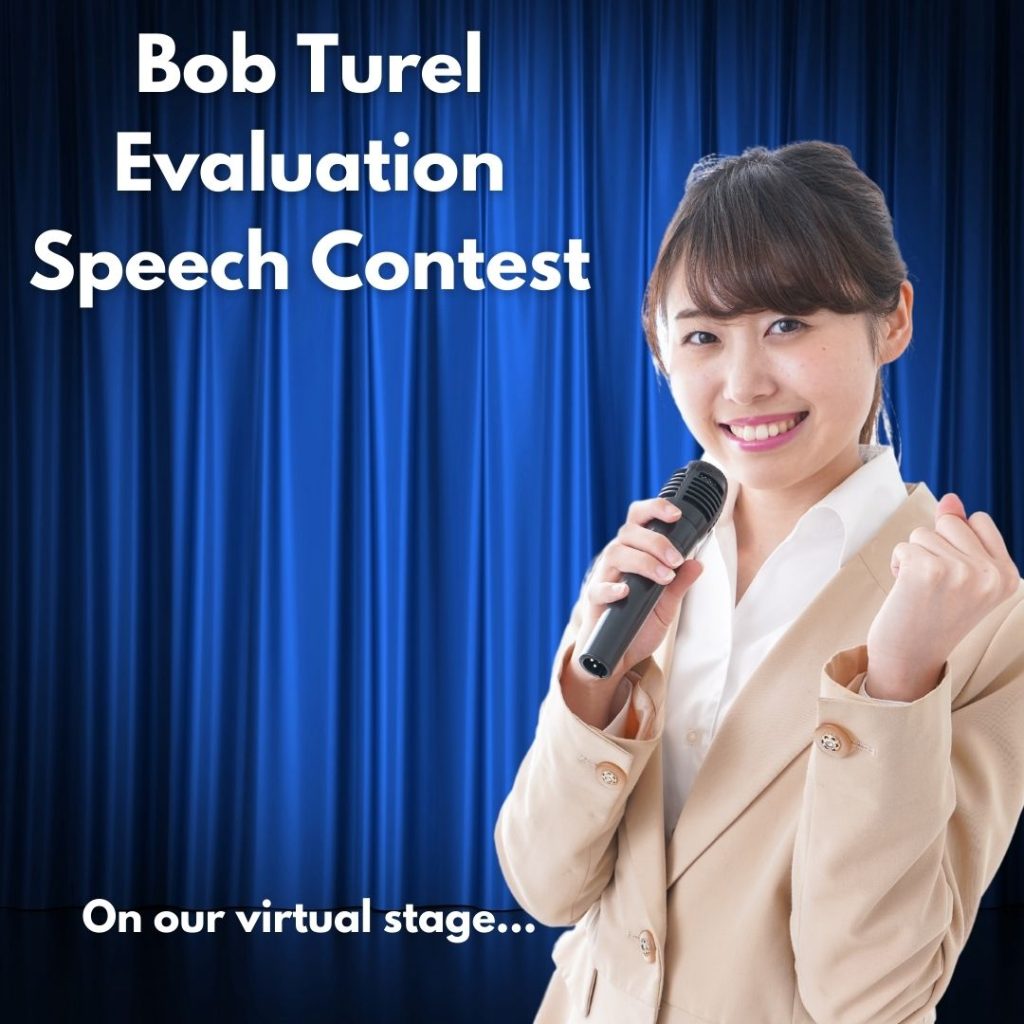 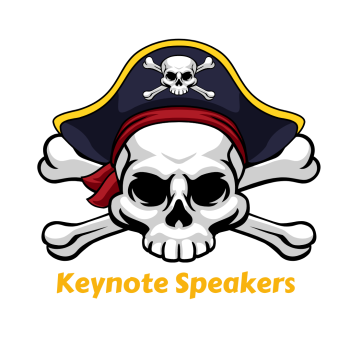 Take in the the inspirational, motivational and insightful stories presented by our keynote speakers.

THOMAS BROWN, CEO of Laughs for the Troops

Why Comedy Is Serious Business 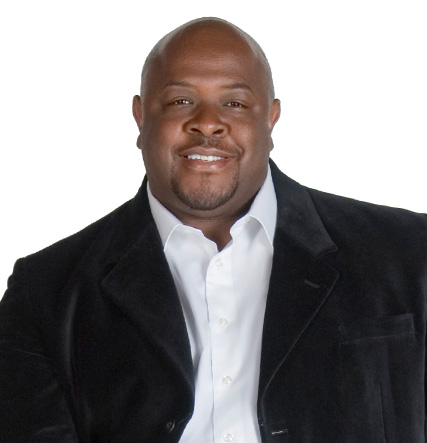 Long before Thomas Brown was voted AOL’s “Best Cruise Line Comedian,” the Tampa, Florida native honed his craft as a child by sneaking into his father’s album and 8-track collection and listening to Richard Pryor until he knew every joke word for word.

Thomas’s father served in World War II and as a child, Thomas noticed things about him were different than other dads in the neighborhood. It wasn’t until he was older and heard his father’s wartime stories that he realized he likely suffered from PTSD.

I wonder how different it would have been if he could have received help,”

That is why Thomas founded Laughs for the Troops in 2012. “Every week, I meet these bright young men and women who have come back from the war,” he says. “They thank me and say ‘You have no idea how much laughing helps.’ I wanted to create a way to use my gift of comedy to help other sons and daughters by providing their military parents with the help that my father needed and never received.”

Thomas approached Hank Cintron and Jim Kelley in 2011 with his idea to create Laughs for the Troops. Both were eager to become involved.

No other charity focuses on traumatic brain injury, so Thomas’s goal is to help as many families who are affected by TBI as possible.

Thomas has a CD titled “Stupid Things That People Do,” and a cookbook: “From the Stage to the Stove, World’s Funniest Cookbook.” He has headlined national tours alongside star comedians such as Jeff Foxworthy and Bill Engvall.

He also is an accomplished automotive metal fabricator and custom painter who has restored cars for Major League Baseball stars Dwight Gooden and Gary Sheffield, as well as for Tom DuPont, publisher of the DuPont Registry.

Thomas is married to Vanessa has a daughter, Niyah, and a son, Trae.

Mastering the Art of Reinventing Yourself 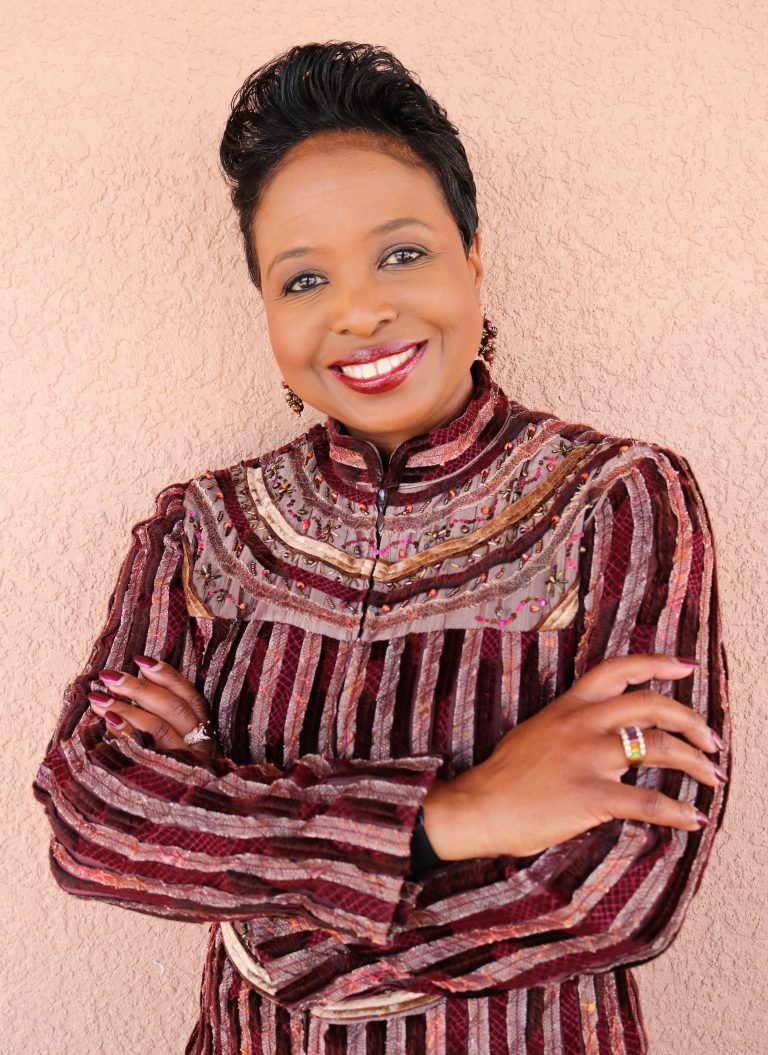 Given the past few years when the world has experienced unprecedented disruption, increased volatility and uncertainty, and overwhelming complexity, it couldn’t be a more opportune time for us to reinvent ourselves. That means reassessing our lives and determining whether we are living with purpose, passion, and productivity; are we manifesting our dreams and goals, and are we fulfilled and satisfied with where we are.

In this session, Dr. Shirley Davis will assume her role as a certified life coach, successful business executive, and the author of the best-selling books, “Reinvent Yourself: Strategies for Achieving Success in Every Area of Your Life,” and “Living Beyond What If: Release the Limits and Realize Your Dreams,” describe some of the most pressing challenges/issues that we face at work and in our personal lives. She will also outline how these issues have a significant impact on how we show up in our everyday lives (e.g., sense of self-worth, self-confidence, attitude, performance, etc.). Be prepared to laugh, learn, and be inspired, as she shares from her 25+ years of experience some proven strategies and tips for how to become the master of your own reinvention, take control of your destiny, and live a life of significance and fulfillment at work and in every area of your life.

Dr. Shirley Davis is a sought-after global workforce expert, and is president and CEO of SDS Global Enterprises, a strategic development solutions firm that specializes in human resources strategy; talent management; leadership effectiveness; culture transformation; and diversity, equity, and inclusion. Dr. Davis has over twenty years of experience in a variety of senior executive leadership roles in Fortune 100 & 50 corporations and in her last role, served as vice president of global diversity and inclusion and workforce strategies for the world’s largest human resources association, the Society for Human Resource Management. Her work has been featured by the Wall Street Journal, NBC’s Today Show, USA Today, NPR, CBS News, Fox News, CNN.com, Fast Company, HR Magazine, and many others. As a result of her contributions and expertise in the HR and DEI fields, she was inducted into Inclusion Magazine’s Hall of Fame for Diversity, Equity, and Inclusion in November 2022. Additionally, she was nominated for Forbes 2021 Women 50 Over 50 list.

She has worked in more than 30 countries on 5 continents and delivers more than 100 speeches a year to a wide range of industries, sectors, and sizes, including Fortune 10s-500s corporations, large membership associations and non-profit organizations, and federal, state, and local government agencies. She continues to consult, coach, and train leaders at all levels, including corporate boards of directors. She served on the Board of Directors and the Foundation Board for the National Speakers Association (2017-2021) and held the title of Treasurer on their Executive Committee, was a member of the CEO Selection Committee and the New Board Member Selection Committee and led the first-ever NSA DEI Task Force. She also served on the Washington DC Chapter and Central Florida Chapter Boards and is a member of the Global Speakers Federation. In 2021, she was named to the national board of the Make-A-Wish Foundation. She earned a Bachelor’s in Pre-Law, a Master’s in Adult Education; a second Master’s in Human Resource Management, and a Ph.D. in Business and Organizational Leadership.

Dr. Shirley Davis is the author of the recently released book:

Living Beyond “What If?” Release the Limits and Realize Your Dreams

She’s also the author of the books:

Reinvent Yourself: Strategies for Achieving Success in Every Area of Your Life
The Seat: How to Get Invited to the Table When You’re Over-Performing but Undervalued

Additionally, she is a popular author for five LinkedIn Learning courses on Leadership and DEI and this month she will be inducted into Inclusion Magazine’s Diversity, Equity, and Inclusion Hall of Fame.

She is a former Miss District of Columbia National Teenager, Mrs. Oklahoma-America, Ms. Richmond Virginia, Ms. Virginia, and in 2000 she won the national title of Ms. American United States. But among her many accomplishments and titles, the one she holds dearest is “mom” to her daughter, Gabrielle Victoria. 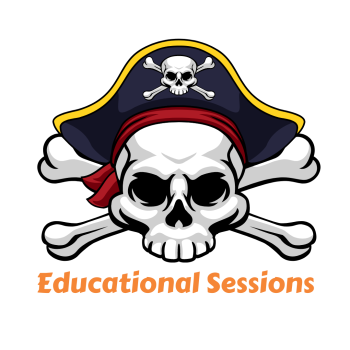 Select and attend the educational sessions which align with your personal interests and enjoy a wealth of information.

Refer to the Conference Agenda for workshop times & locations 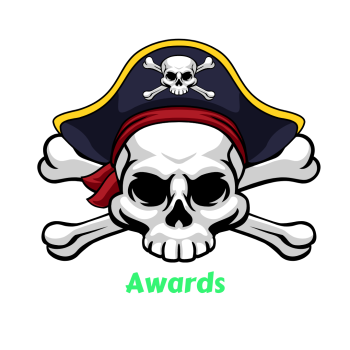 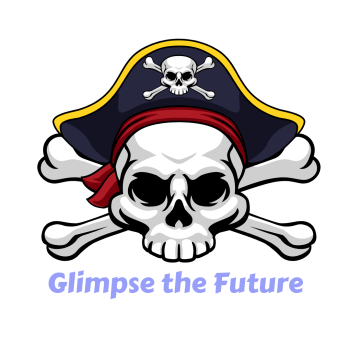 Take a glimpse into the future…

Are you a First Timer at the Conference? We have a lot in store for you at the conference!

We are rolling out the red carpet to welcome YOU to the District 48 Annual Conference!

Attending your first District 48 Toastmasters conference may seem a bit scary at first, but that’s why we are holding this reception for first timers. 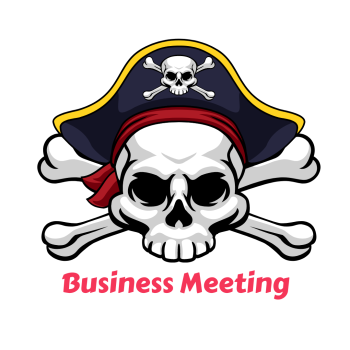 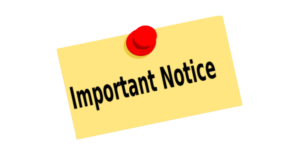 District Council Meeting Moved to Wednesday, May 11th at 7:00 PM

Each spring a business meeting is held for the purpose of electing District 48 leadership and conducting other business that helps shape the future. Times continue to change and we adapt and go with the flow.  In the past, our

Council meeting has been part of our Spring District Conference.  Toastmasters International has mandated that all Council Meetings this year be held 100% online.  To accommodate this mandate, I am moving the Council Meeting to Wednesday, May 11th at 7:00 PM.  – Gene May, DD

The detailed agenda will be made available at least 14 days prior to the meeting.

Election of District Leadership for the 2022-2023 Toastmasters year. 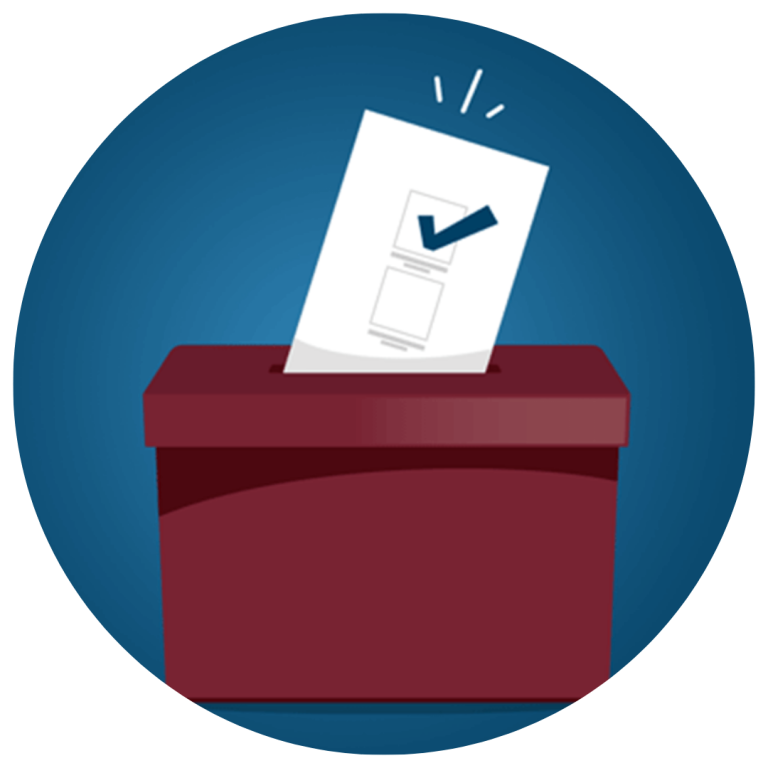 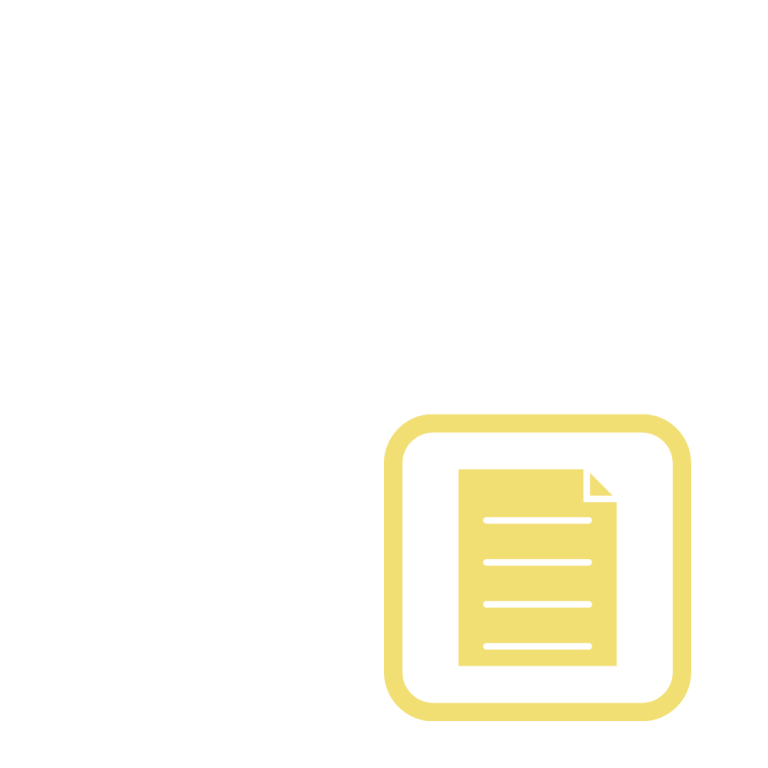 Every year, Districts are required by Toastmasters International to review the distribution of their clubs within Areas and Divisions. Alignment proposals are discussed and voted upon at the annual spring business meeting.

The minutes from the previous District Council Meeting will be presented. 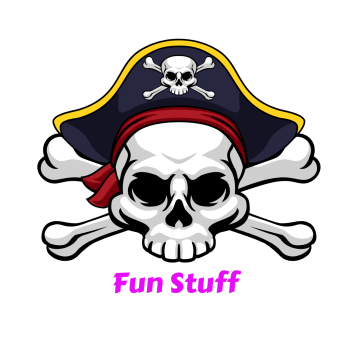 Kick it back! Catch up with old friends and make new ones! After the long siege of COVID 19 connecting will be more fun than ever!

Pirate plunder – rum and other pirate libations at the cash bar, pirate beads and eye patches ye must bring yourselves, (best ye buy yer own eye patch lest the pirates necessitate yer need for one). 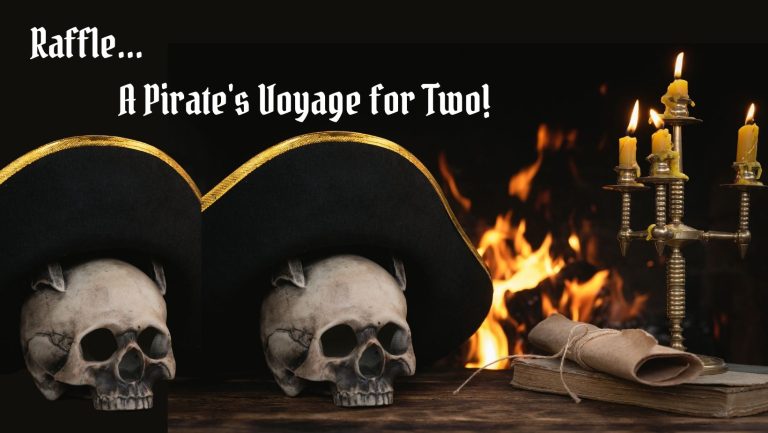 Get your Raffle Tickets for a chance to win A Pirate’s Voyage for Two!
Raffle Tickets available now through January 31!
Tickets only $20, with discounts for quantity purchases!

A Pirate’s Voyage raffle permits you to select from a variety of destinations:

Get away to the desert for some fun in Las Vegas and Laughlin. Tour the famed Las
Vegas Strip, visit the Mob Museum and some of old Route 66’s attractions. Also tour London Bridge on a river cruise to Lake Havasu.

Motorcoach Holiday
South Carolina’s historic Sea Islands is a perfect jumping off point to visit the “Belles of the South.” Charleston, regarded one of the most beautiful cities in America; Savannah, the city General Sherman considered “too beautiful to burn” during the Civil War; and Beaufort, whose downtown is on the National Trust for Historic Preservation.

On the beach: Tug-of-war, cornhole, volleyball and swordplay if you dare. Losers will soon be ceremonial shark bait. *Lily-livers need not apply.