I am a member of the Passamaquoddy Tribe of Indians from Princeton, Maine. At four years old I was removed from my family and placed with a “non-Indian” foster family in Old Town, Maine.

Being raised in a culture very different from my native heritage, I’ve learned to see more than one side of an issue. I have always strived to bring people together and be understanding and tolerant of different views and beliefs. I have tried to use these skills to be the best Toastmaster I can be and encourage others to be the best they can be. I have been a civil engineer, Indian Human Services worker, heavy construction worker, and carpenter, to name a few.

As an engineer I was awarded “best field engineer” in the largest heavy construction company in Maine. As a Tribal Family Coordinator I was elected to the Maine State Governing Board, which dictates policy to the Maine Dept. of Human services. I was also selected as a delegate to the 1980 White House Conference on Families and chosen by the other Maine delegates to address the 1400 conference attendees. 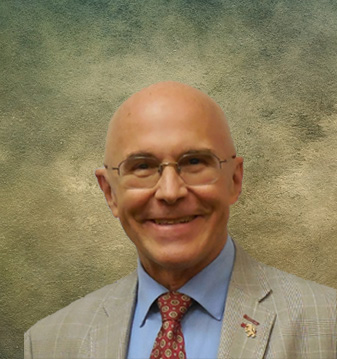 Fellow Toastmasters Members,
These are extraordinary times for all of us. Our society and everything you can think of is affected by this worldwide pandemic. It is for us to continue striving for the excellence we have always tried to achieve in the past. The way Toastmasters has operated must, of necessity because of quarantine restrictions, be relegated to virtual contact. Because of isolation rules the coming election of District 48 officers on May 2 will be done virtually. It is imperative that you remain aware of the time and date of elections. The future of our district depends on the leaders you want directing our operations and future. Please be aware that it is important your clubs be current with submission of dues so that a quorum of representatives can vote in the coming election. There will be no proxy votes in this election. You must be logged-in in person to vote. I must stress that you are important in this process. You must vote for the best candidates.
Because of a change in the way nominations were done this year I will be running for office of a Trio director from the floor. The nominating committee decided to put only the minimum number of candidates for your selection. In previous years I have appeared on the official ballot for the Trio. I have as much, if not more, practical experience and education than anyone applying for election to the Trio. I ask you to vote for me to secure the future success of our district.

Greetings! My name is Gene May and I would love to be your next PQD! I hope that to start the new Toastmaster year we will be able to go back to in-person meetings (fingers crossed). I am glad that we have been able to meet virtually, but I am ready to have some true human interaction! I have relocated many times in my life for my career, but now feel that I can call Florida home. Being grounded makes me feel comfortable and confidant to take on this three-year commitment as I hope to be your partner through Program Quality Director, District Director and then Immediate Past District Director. As Walt Disney said, “All of our dreams can come true, if we have the courage to pursue them.” I have a passion and desire to help lead District 48 to even greater success and I would greatly appreciate your support! Let’s make our courage contagious!!!

Our world is changing and we need to make changes to remain relevant to our society today! So I am committed to supporting the transformation needed to ensure that Toastmasters District 48 continues to thrive.
I am dedicated to improving the Toastmasters experience for all Members: with a plan to market the Toastmaster’s program by showcasing the pillars – Communication, Leadership and Networking. I plan to proactively plan the administrative activities throughout the year. This means taking a visionary approach to succession planning, and providing continuous opportunities for education, development and training – workshops, webinars etc. It means accountability for our actions at every level, and setting clear expectations to provide continuous evaluations to improve processes and create best practices
“We cannot become what we need by remaining what we are” – John Maxwell
” A great leader’s courage to fulfill his vision comes from passion, not position.” – John Maxwell

As Club Growth Director I pledge to represent all members and clubs in the district. That means always putting the needs of our members first. My vision as Club Growth Director is to bring Transformation, Transparency, and Trust to District 48.
I will enhance our club-mentoring program to create a formal training for new club mentors and grow our membership by building teams to bridge generational gaps.
To have transformation, we must have transparency. That means keeping you informed and keenly aware of what is going on, with accountability from all of us. With transformation, and transparency, trust is naturally included. That means allowing all clubs to have a voice to provide opportunities for success. Now let us move to my qualifications and experience.
Personally, serving is not new to me. I am a servant leader that has already served you in the U.S. Navy, and at the club, and District levels. Professionally, my background is in leadership. I am certified in guiding teams to excellence and I have spent 2 years training Area Directors and Club Officers to be better leaders and communicators when they faced challenges.
As your Servant Leader, please consider my demonstrated leadership, reliability, and experience in implementing programs when you vote. Help bring Transformation, Transparency and Trust to District 48. 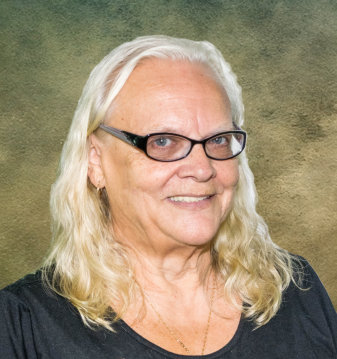 I’d like to introduce myself, Daniela Garcia, as the candidate for the 2020-21 Division E Director for District 48 Toastmasters.

I joined Toastmasters in Massachusetts in 2015 and the Naples Toastmasters became my home club after moving to Florida in 2016. I’ve served in various roles at the club level and am looking forward to growing connections with a broader group of Toastmasters. As an Engineer, toastmasters has most certainly increased the effectiveness of my communication, made me a more confident individual, and served as a means to make friendships. I sincerely welcome the opportunity to serve as a district leader to serve the organization. My intent for serving is to better understand the organization and to support the District’s mission of supporting clubs and members who are engaged and informed.

I thank you for your time and the opportunity to contribute to District 48.