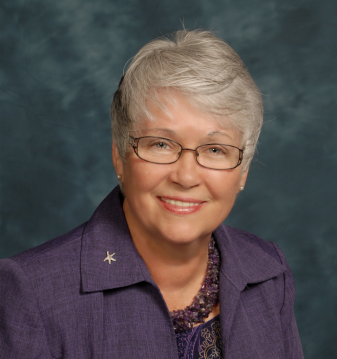 8 months ago
Gina Lovick
From Our Members

Who insisted that I come to this meeting? I really don’t remember who it was. But here I was in 2012 sitting next to a local attorney in the Board of Realtors meeting room listening to someone talking about Toastmasters. The attorney, who was the new President of the local Chamber, confessed that he had been encouraged to attend Toastmasters to eliminate a multitude of filler words he had used in opening remarks he made at a Chamber function. I was invited to help the group gather enough members to begin a new club, which consisted primarily of realtors and Chamber members. After being coerced by several “friends”, I joined the “alphabet soup” Club (PCPGNP). I missed several meetings at the beginning because the organizing group chose to meet every other Friday afternoon. I had suggested that they choose the 1st and 3rd Friday, or the 2nd and 4th Friday; however, I was NOT at the meeting where the final decision was made. Unfortunately, I seldom ever could remember which Friday the meeting was being held!

When I did attend a meeting, I really did not understand the importance of speaking roles. It was a new club and everyone was learning the ropes. The seasoned Toastmasters who sponsored the PCPGNP Club apparently did NOT capture my full attention. Yes, I had the manuals, but I was busy working and did not take the time to properly review the material.

Are you providing encouragement, sharing the enthusiasm, and expressing the importance of following Pathways to ensure the communication and leadership success your members seek?

By July 2013, I had transferred my membership to North Port Toastmasters and held the role of VP Public Relations. I assumed the role of President in 2014 and since that time, I have had an opportunity to experience all seven (7) Club officer roles.

I feel honored to be able to use that responsibility to move members in the direction of their success by scheduling members for speaking roles and leadership roles at each meeting.

I encourage members to stretch their leadership skills by filling functionary roles at each meeting. When they have questions about speech topics, I offer various ideas for them to explore. When I send out the meeting agenda to members, I provide a brief review of the previous meeting to recognize those members who attended the meeting and to share the fun and interesting aspects of the meeting to those who could not attend.