If possible, the chairman in charge of the credentials desk should be a past district director. The credentials chairman will need the following materials:

All workers at the credentials desk are not to wear or display any campaign paraphernalia, and are to do the following: 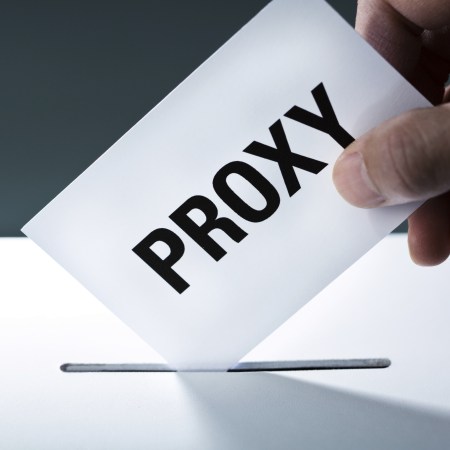 The district sends a credential/proxy form to each club president and vice president education in the district at least two weeks in advance of a district council meeting for use in the event either, or both, cannot attend the meeting. You may include this form in the District Newsletter or in the mailing announcing the meeting. The credential/proxy form must contain all of the following:

Who can be a proxy holder?

Either the club president or the club vice president education may designate, in writing, any active member in good standing of the club to act as a proxy or proxies and cast one or both of the club’s ballots at the district council meeting. If one of those officers is not at the meeting and has not designated, in writing, an active member of the club to act as proxy or proxies of the club at any council meeting, the other officer in attendance may cast two votes. The intent is to assure that every club will be able to cast two votes. No other proxies are valid at any such meeting.

In the event one of those officers is not in attendance at the meeting and has not designated a proxy:

Determining the validity of a proxy:

To be valid at a district council meeting, a proxy must:

A proxy that complies with these requirements is treated as valid so long as the credentials desk has no reason to believe that the proxy was not authorized. In addition, the following rules must be observed: